How to Write and Publish Your Christian Book

How to Write and Publish Your Christian Book

In other words, begin writing today. The hardest thing that most authors have to overcome is procrastination. The cemeteries and mausoleums that surround us today are in a sense filled with books and stories that were never told and never written. Open your computer, grab a journal or even a digital recorder, but do something now to overcome any desire to procrastinate. Even if you feel that you do not know enough to get started, make the decision to learn as you go.

You have an idea, a dream or a vision. You believe God has told you to write a book. Begin by just writing the thoughts you have about that subject or truth. Habakkuk 2:2 says, “Write down the revelation and make it plain on tablets so that a herald may run with it.” I believe that the Psalmist has said it best, “My tongue is the pen of a skillful writer” (Psalm 45:1).

No matter how much we teach you on how to write, one of the most important steps in writing a book is just to stop talking about it and get started. Many times authors will talk about writing and can even tell their story, but they don’t have anything written down. They have never gotten beyond their dream, idea or vision. Start writing now! Even if it is messy and unorganized it is now out of your head on the paper. Discover the truth that great writers have to get something written before they can really write their greatest work.

In fact, “Every great writer is really a great re-writer.” Great writers know that they must get their thoughts and ideas recorded before they can really begin to organize and clarify them into what will eventually form a well-written manuscript. If you think of a story that you would want to include in your book, write it down. You will come back later to re-write it and or build around it. The problem most people have in getting started is they are trying to write a completed manuscript in their heads before they put it on paper. They are trying to make the first draft the final manuscript. Think of the beginning of your writing process like molding and shaping a chunk of clay into what would eventually become a beautiful vase. You must first drop the clay on the wheel or board before you can begin to mold and shape it. This step is simply to begin the process, and watch what happens as you step out and start writing. Have you ever heard that it is easier to turn a car that is moving forward? Once you start moving, you will find that one thought written down leads to other thoughts you wouldn’t have had if you had never written down the first thought. 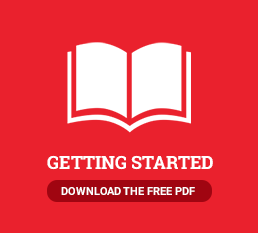